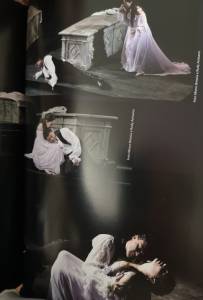 ( here exemplified as Drame lyrique which avoids blatantly theatrical or grandiose effects) but I can’t resist a good love story and apparently nor can a lot of other people.Shakespeare was the major leaguer in this tragic tale closely followed, well, by more or less everybody! Bellini wrote one, Berlioz too, not to mention Riccardo Cocciante. I’ve seen the play in the theatre directed by Zeffirelli, on film by Zeffirelli and disguised as “West Side Story” (Bernstein), speeded up by Baz Lurman, and loads more. The very best comment I heard was waiting in a queue with some teenagers who were discussing how it might end for Leo (Di Caprio, Romeo in Lurman’s film)! Ignorance is bliss as we say, or let’s face it, at least a surprise! I also have a happy memory of prancing out of a cinema in Greece after seeing WSS feeling terribly excited -arm -in -arm with friends almost dancing down the street, to the disapproval of the Greeks,and singing “Maria” at the top of our voices! I hate nostalgia so now I’ll get back to Gounod whose opera was first performed in Paris 1867. This particular production came from the New York Met.

It’s interesting because it eliminates the final “reconciliation ” theme which we find in Shakespeare. Everyone has their own opinion about this. Do you want to leave the theatre dry-eyed because the youngsters’ deaths have sealed a kind of pact and brought some kind of peace to Verona? or would you prefer to sob your way to the train moved by their tragic destiny? Then again, did they get to have a last kiss? In Shakespeare no, Gounod yes. And while we’re at it, what is it about? A macho culture with an obedient Juliet letting the Fra sort out her difficulties? A very modern idea about the expendibility of youth by the older generations? Hmmm.

Costumes describing a very Venetian-looking Italian settecento, scenery effective, an athletic Romeo very credibly climbing up to the balcony. And his singing too was mostly good, a little too audience -oriented at times maybe. Juliet’s role was taken over at the last minute and I found her voice a little modest but it was a last -minute solution. Among my music -loving and very expert friends and acquaintances there was no consensus.

Monday evening at La Scala they put on a performance of Haendel’s “Julius Caesar in Egypt”, rare in Italy but popular in the rest of Europe,and unsurprisingly so , being such a perfect fusion of dramatic action and musical inventivity. Companies tend no longer to meddle with casting, the days they substituted the counter tenors for other voices are gone and we have moved back to a closer reading of the original ; apparently the director Giovanni Antonini brought his own horn-players to add to the orchestra and perhaps all the basso continuo (low bass) players too. There was a lot of excitement and interest surrounding this opera, the premiss was that it was very long….. but the moment it started you knew those 3 hours 50 minutes were just going to slip away. Everything was perfect including the updated costumes and scenery, we were somewhere , sometime in the Middle East in camouflage uniforms during a power struggle: 2 civil wars going on at the same time, between Caesar against Pompey, and Ptolemy against Cleopatra, sex,power ,violence in a nutshell.

The stratagems used by Robert Carsen to amuse added a very light touch to the proceedings and don’t seem at all out of place. Carsen compares the rapid scene changes to a modern cinematic work, a comparison often used when talking about Shakespeare’s rapid scene changes. But he also says that J.C is like a baroque pearl which doesn’t have a definiite form, a perfect example of impure art. We see machine guns even in the heiroglyphic wall paintings, flashes from the various film Cleopatras (so Claudette Colbert, Vivian Leigh and Liz Taylor). And we see Cleopatra in her bubble bath. In the gran finale the opening of an oil pipeline and the loading of the barrels while two participants at the peace talk take photos with their smart phones. What very often can seem forced and ridiculous, really worked here. It gave back to the opera the idea of light entertainment, humour, fun as well as seriousness. .

On to the music; I love counter tenors the fascination of their voices, the myths surrounding them, you might remember the Italian film Farinelli? The important arias are too many to mention. One which stands out for me is the lament of Cornelia (Pompey’s widow) for her dead husband. It was most moving. I had this flash of quite unexpected empathy with war victims that no film had ever managed to give me before, it was simply heart -rending, unbearable. It’s strange how a combination of painted scenery, fiction, song and fairly expected words (Priva son d’ogni conforto/e pur speme di morir) could move to such appreciation and partecipation in pain. When the widow slowly pulled a black headscarf over her head it was almost unendurably sad. That’s art, that’s why we still go to witness “stuff” written hundreds of years ago, thats why! 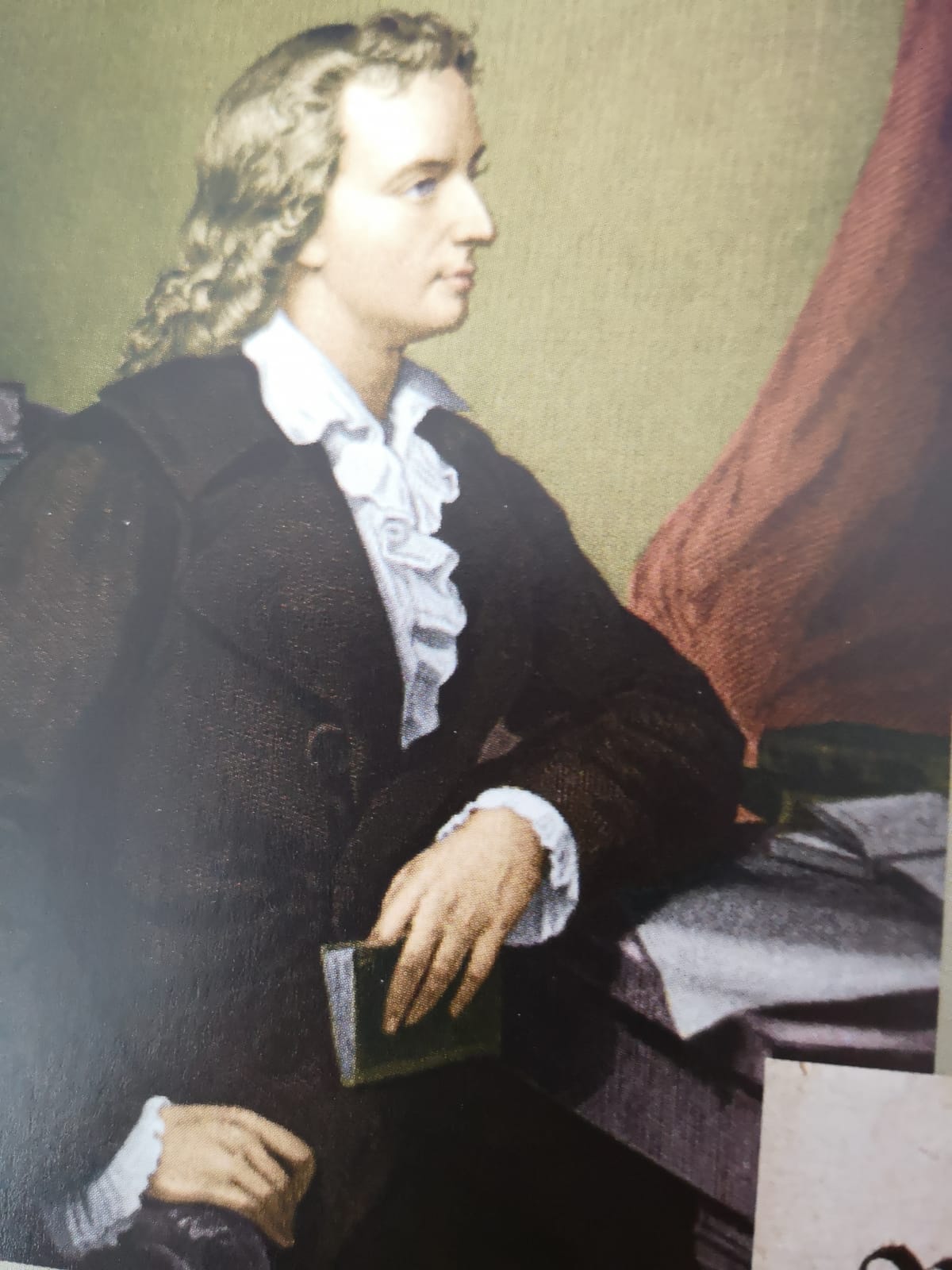 On Monday evening I went to La Scala, to see what is the last opera for me before the summer break. It was Verdi’s Masnadieri. The music was instantly attractive although I don’t really like these strings of beautiful arias threaded together. What is worse, it encourages the audience to applaud after every one thus leading to a break -down of any dramatic tension that might have been building up .Some of the scenes were noisy and confused (as they should be) and the choreographed noisy marching, or rather stamping around all

over the stage, was strangely fascinating. Some of the tableaux vivants were a little too stagey for my taste too….BUT….I came home and read the programme notes through from beginning to end and found some of the pictures very illuminating, certainly bringing the opera down to a more realistic level. It has also prompted me to make sure Schiller is next on my reading list. So to say I didn’t particularly enjoy it is, in fact ,nonsense! 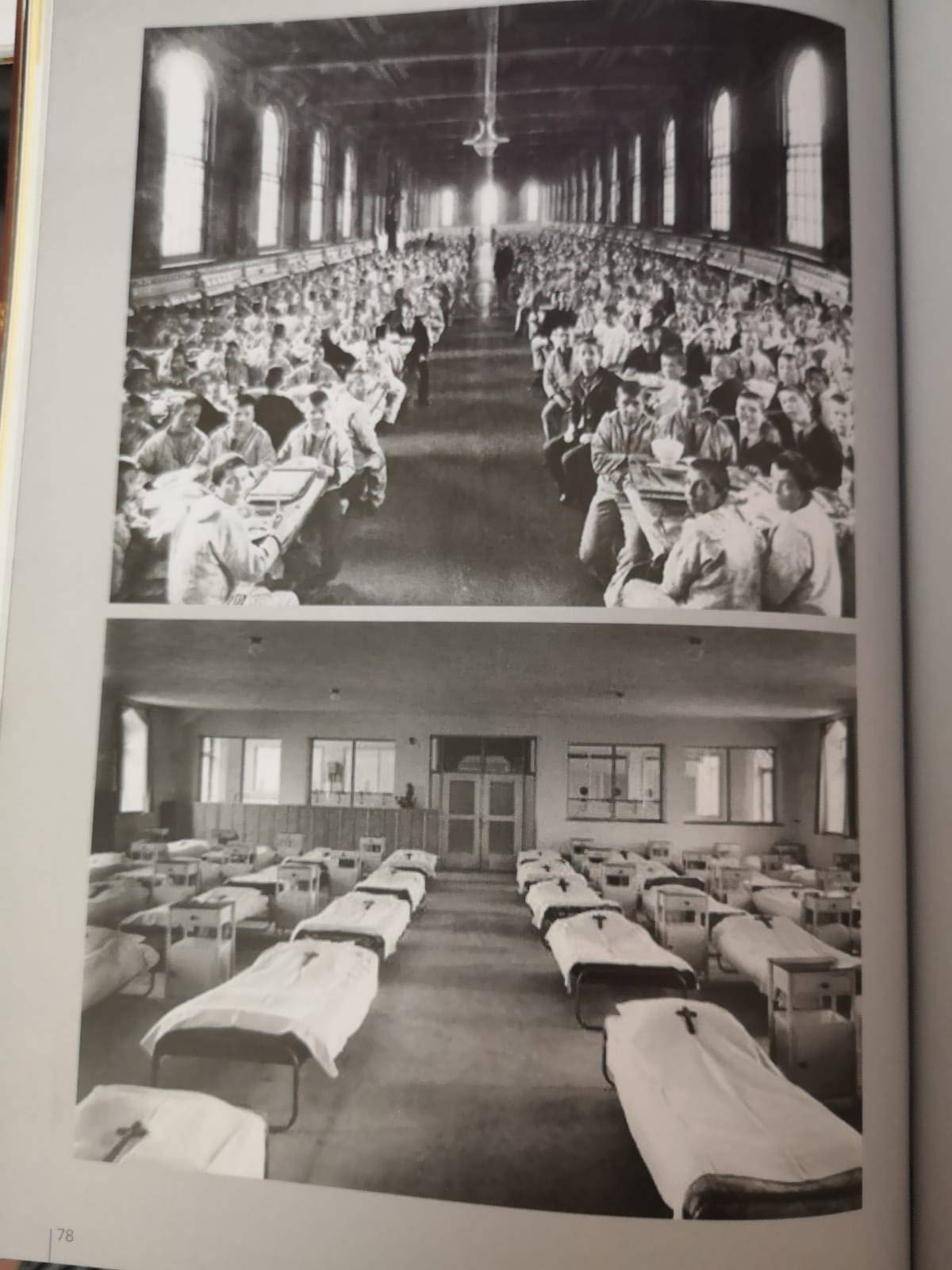 This is the latest opera I saw at La Scala. Although the music was not difficult to understand on a very superficial level, I had a good deal of trouble tying to unravel the meaning of the story. Based on a short novel written in 1892, Korngold has transformed it into a foray into symbolist decadentism. Death cult, doubling and dream sequences make it extremely difficult to understand; clearly I should have read up before going. 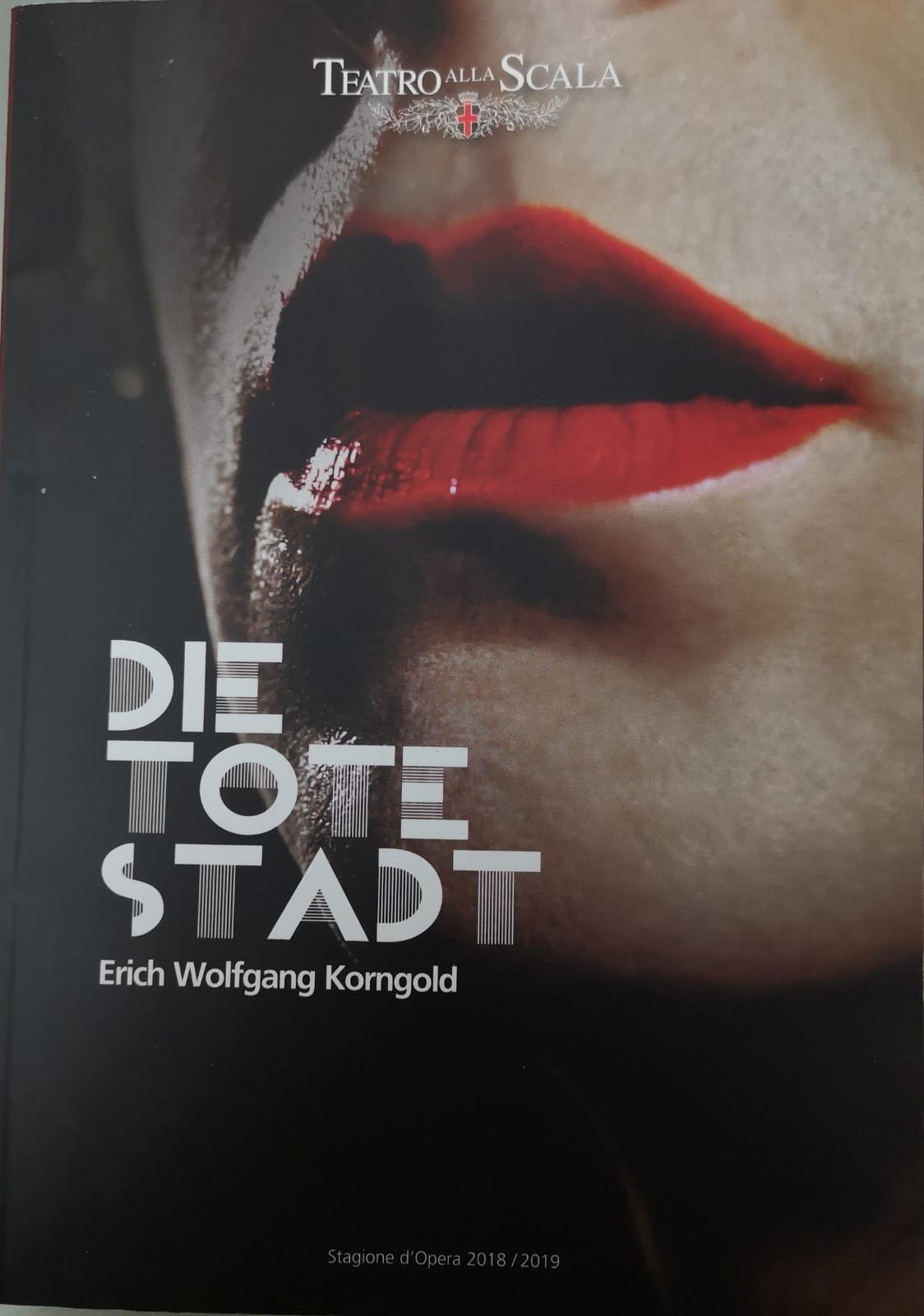 Friday evening to  La Scala to see Attila.It was spectacular, a real Scala-style production, pulling out all the stops!  They even had horses on stage and Attila sang seated fearlessly on the back of his charger. I enjoyed everything about it, direction, choir, singing. I’ve made a vow to myself, I really must study Verdi, bec

ause, unlike my friends, I don’t really appreciate him. I mean with Wagner it was love at first sight (hearing) and Kurtag just wowed me! But you can’t live in Italy and not love Verdi.